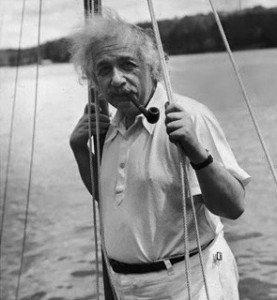 Now that the Texas heat is withdrawing, now is the best time of the year to sit under the moonlit sky. Take advantage of the quickening eve out in the backyard with your favorite cigar. Entertain the impossible in the same fashion as some of the nation’s prominent statesmen, entertainers, and thinkers.

When you look into the cigar culture you will see many of our nation’s figures helping to popularize the industry. For us, it’s what makes cigar culture so refined and regal – knowing that we’re always in good company. Regardless if you’re hanging with friends outdoors or meditating in your study, you’re sharing in an experience and slow burn exhilaration had by that of some of the most prominent humans to ever walk the Earth.

So the next time you light your preferred cigar, take a moment to reflect on some of the great Americans who have contributed to the cigar culture and enhanced our imaginations and way of life. Here are a few quotes from some fellow stogie enthusiasts:

“I believe that pipe smoking contributes to a somewhat calm and objective judgment in all human affairs.” – Albert Einstein

“I’m at the age now where just putting my cigar in its holder is a thrill.” – George Burns

“I never smoke to excess – that is, I smoke in moderation, only one cigar at a time.” – Mark Twain

“The only way to break a bad habit was to replace it with a better habit.” (after he switched from cigarettes to cigars) – Jack Nicholson

“[Tobacco] is the passion of honest men and he who lives without tobacco is not worthy of living.” – Moliere (Jean Baptiste Poquelin)

“If your wife doesn’t like the aroma of your cigar, change your wife.” – Zino Davidoff

“If you can’t send money, send tobacco.” – (to the Continental Congress, 1776 ) George Washington