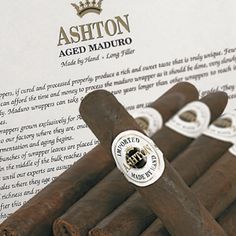 Ashton cigars founder Robert Levin has established himself as one of the most talented men in the industry when it comes to creating enjoyable masterpieces. He’s done it for us again and again, and this time – as one of the rarest cigars he has ever released – aficionados should immediately make room in their humidors for the Ashton Aged Maduro.
Crafted with a perfectly-aged blend of Dominican long-leaf fillers, the Ashton Aged Maduro also features a Dominican binder to ensure consistency. Then, this beauty is wrapped in a dark, oily, slowly fermented maduro Connecticut Broadleaf. One of the rarest of its kind, the sleek wrapper looks just as savory as it tastes.

When lit, the medium-bodied smoke combines notes of natural sweetness and subtle nutty undertones that captivate the palate with rich, delicious flavors. This beauty is hand rolled at the Château de la Fuente in the Dominican Republic to ensure authenticity. 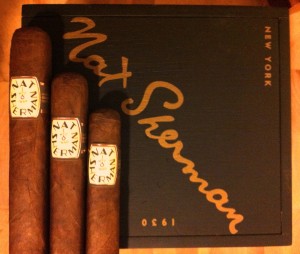 Over three generations, the Sherman’s have gone from being tobacconists to being a holistic tobacco lifestyle brand. How they got there is as interesting a story as any you’ll find in the cigar business. Bill, Larry and Michele Sherman are the sibling heirs to a brand with a rich and quintessentially New York identity that last year celebrated its 85th anniversary. “Our tobacco heritage comes out of retail,” said Bill Sherman.

Most of the long-standing companies in cigars have their heritage rooted in things like farming and cigar manufacturing. The old New York company, on the other hand, laid its foundation and built its reputation as a merchant of tobacco products.

The Nat Sherman Timeless Collection is made up of two unique blends from two different countries by two wonderful manufacturers. It’s a Nicaraguan puro full of mouth-watering nuances like hints of coffee, cocoa, chocolate which Nicarguan tobacco is known for, with subtle hints of spice. This medium body Timeless cigar represents Nicaragua to the fullest.

The Timeless Collection represents a new look and feel for the Nat Sherman Premium Cigar Portfolio. The new band, box and artwork are in keeping with the new style of flavor. “We’re proud of being merchants, you know? We’re cigar peddlers, man, and we love it.”

When people toss around the word classic, they are usually referring to a thing that will forever be cool and worth mentioning on a regular basis. For instance, I’m a nerd so classic items take on an entirely different meaning. In my case, a classic stands for something that will live on forever, such as the music by Journey or Michael Jackson or Star Wars – ya’ know – things that will actually last forever.

Cigars are no different. Everyone has their favorite and there are many standouts, frontrunners, and even ones that can be deemed by many cigar aficionados as “classic.” The Arturo Fuente Hemingway Signature Perfecto is becoming one of those cigars. 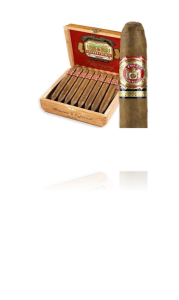 Arturo Fuente has created this mild-to-medium bodied cigar of flawless construction and perfect burn which pays homage to its namesake “The Old Man and the Sea” himself, Ernest Hemingway. This choice brand employs the distinctive “Hemingway Blend” created by Carlos Fuente in one of the most intricate cigar shapes: the perfecto (6 x 47). The Fuente Hemingway’s combination of painstakingly aged Dominican filler and binder encased in a select Cameroon wrapper produces dense clouds with a rich, pleasing aroma.

I’ve read multiple rave reviews about the Hemingway Short Story, but I don’t like short, fat cigars. But I discovered the Signature, which is a perfecto size (you see what I did there?). Good construction with an immediate scorch; no struggle to start enjoying. The foot is twisted to a very small diameter opening, and it made it very easy to light. A single match is enough. I’m always pleasantly surprised when a cigar tastes good from the very first puff. The Hemingway has a very creamy smoke, a very even taste, and consistent throughout the whole cigar while maintaining an excellent taste to the end. If you are searching for a top cigar with a classic finish, stop by and try an Arturo Fuente Hemingway! 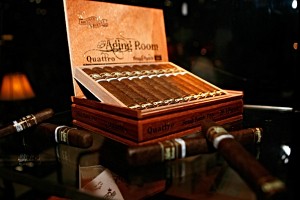 It’s so hard to say goodbye to yesterday. Although we are in Dallas Mavericks territory, it’s good sportsmanship to acknowledge the ol’ purple and gold. The Los Angeles Lakers lost a legendary player, Kobe Bryant, as he announced his retirement from the game he’s dedicated his entire life toward. If you know anything about basketball then you know that Bryant is a soon-to-be Hall of Famer. In the world of cigars it too takes a great team. A great brand requires experienced hands in both the field and the factory and mother nature to bring forth great climate. All these elements help to create a world-class cigar.

If you haven’t tried an Aging Room cigars yet, it’s high time you made their acquaintance. Rumor is that these cigars are made in very limited batches of tobacco leaves too small for regular production. They are uniquely handmade and highly in demand. The Again Room cigar offers a medium smoke with a loose draw. You notice light nut and pepper notes from the first couple of hits but it transitions well into a more flavorful smoke a quarter of the way into the stick.

Although non-Cuban oriented, the tobacco is Dominican and the wrapper derives from a 2003 Sumatra leaf.

With that said, this small batch definitely made our list.  Aging Room is a brand that you can’t really go wrong with. Undoubtedly, this cigar is in a league of it’s own.

March Madness displays the best in collegiate hoop players. If you’re like me, your bracket was shot somewhere around the “Sweet Sixteen” [DANG YOU WISCONSIN!].  Every year we get to see the best at what the game has to offer. If basketball is anything like cigars then you know you’ll never get tired of underdog stories and stand-out stars.

With the Cain F, Oliva shows they have more than one trick up there sleeve.

For all the seasoned vets, here’s a cigar that is both slam dunk and half-court shot. The Cain F is an anomaly among a sea of really great cigars. One for the more experienced, refined cigar enthusiast, the Cain F has a deep, full figured strength. There’s boldness to this cigar that compliments its complexity. Aged and triple-fermented tobaccos deriving from various regions of Nicaraguan soil makes this cigar a handsome conundrum. Even more striking about this handmade is the tight, oily, leathery skin that tells of its earthy origins.

Oliva products are constructed very neatly. The Cain F was no different. Similar to the Melanio, after a few blasts you’ll quickly notice the flavor profile. Dark chocolaty, it has peppery notes that intersect the tongue without taking away from the smoke. This cigar is a huge score – definitely worthy of an honorable mention.

Congratulations!!!! Thank you all for your support here at Tobacco Lane!

Shout out to Denny Hamlin for killin’ it at the Dayton 500! Bad break for Kenseth and Elliot this season. Daytona 500 has come and zipped past us but there’s still a way to fire-up up your weekends. I’m talking about the hyper-masculine essence rolled up in fine Nicaraguan earth jackets. The Hoyo de Monterrey goes well with the excitement of blaring engines. If you haven’t tried this little daddy then you’re definitely missing out!

The original Hoyo de Monterrey was the 1865 inspiration of José Gener, one of the most respected growers in Cuba’s famed Vuelta Abajo. An equally illustrious Hoyo de Monterrey tradition has been firmly established in Honduras under the masterful guidance of local cigar masters. Literally translated from Spanish to English as “the Hole of Monterrey” in reference to the concave terrain favored by growers of premium tobacco, the brand became extremely popular. With the British market spiking their demand, Gener’s factory successfully became one of the largest factories in Cuba. In 1900, Gener died in Spain and his daughter took over the business and it would stay in the family for another thirty years. 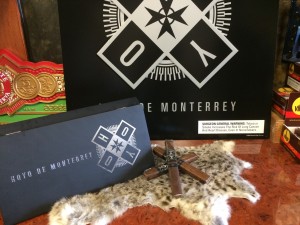 This full-flavored brand is dubbed the “espresso of cigars.” Hoyo De Monterrey cigars are crafted with tobacco cultivated in the richest Honduran soil. According to those who love Hoyo it’s said they are made “en la manera de los Indios” (the Indian way). This simply means that the cigar is produced by the sun, the wind, and the soil. Hoyo de Monterrey is loved because of its famously rich, strong, and creamy taste. Handmade in the Villazon factory of Honduras, Hoyos consist of a complex blend of Nicaraguan, Honduran, and Cuban seed Dominican filler and Connecticut binder.  Aromatic and unapologetically straightforward, they’re the standard for all Honduran cigars.

These cigars are cured and aged by the elements. When you smoke a Hoyo de Monterrey cigar, you enjoy it as patrons did decades ago. The Hoyo full-bodied cigars are as deeply satisfying as they are authentically Honduran (just as Nascar is genuinely uh’Merican!)

**NOTE** Next month we will host a raffle. Tickets are only $10 each. First place gets an Oliva cigars branded humidor. Second and 3rd prize winners receive $25 in Oliva cigars! To make things interesting, there are only 40 tickets available for purchase. With only a handful left, you’d better head this way asap to purchase your raffle ticket! As always, we appreciate your business!